NOTE: This tutorial is made fora PoC to create the BlackHalo version of the blackcoind.exe file. This version uses Berkeley DB version 6.x, which is not compatible with the default Blackcoin Lore and Blackcoin Legacy wallets (BDB 5.3.28 is used). You WILL corrupt your wallet if you exchange them between the different versions. Be careful with your funds!

I use Ubuntu 18.04 for this article, I cannot confirm it works on other Ubuntu versions or Linux distro.

First we need the some packages installed:

Clone some repo's from Github/Gitlab:

and we need the mxe master branch from here: https://github.com/mxe/mxe

I am assuming that you know how to clone this into directory on you local drive. I use Gitkraken for this. I clone everything into a directory called /home/michel/legacy/ 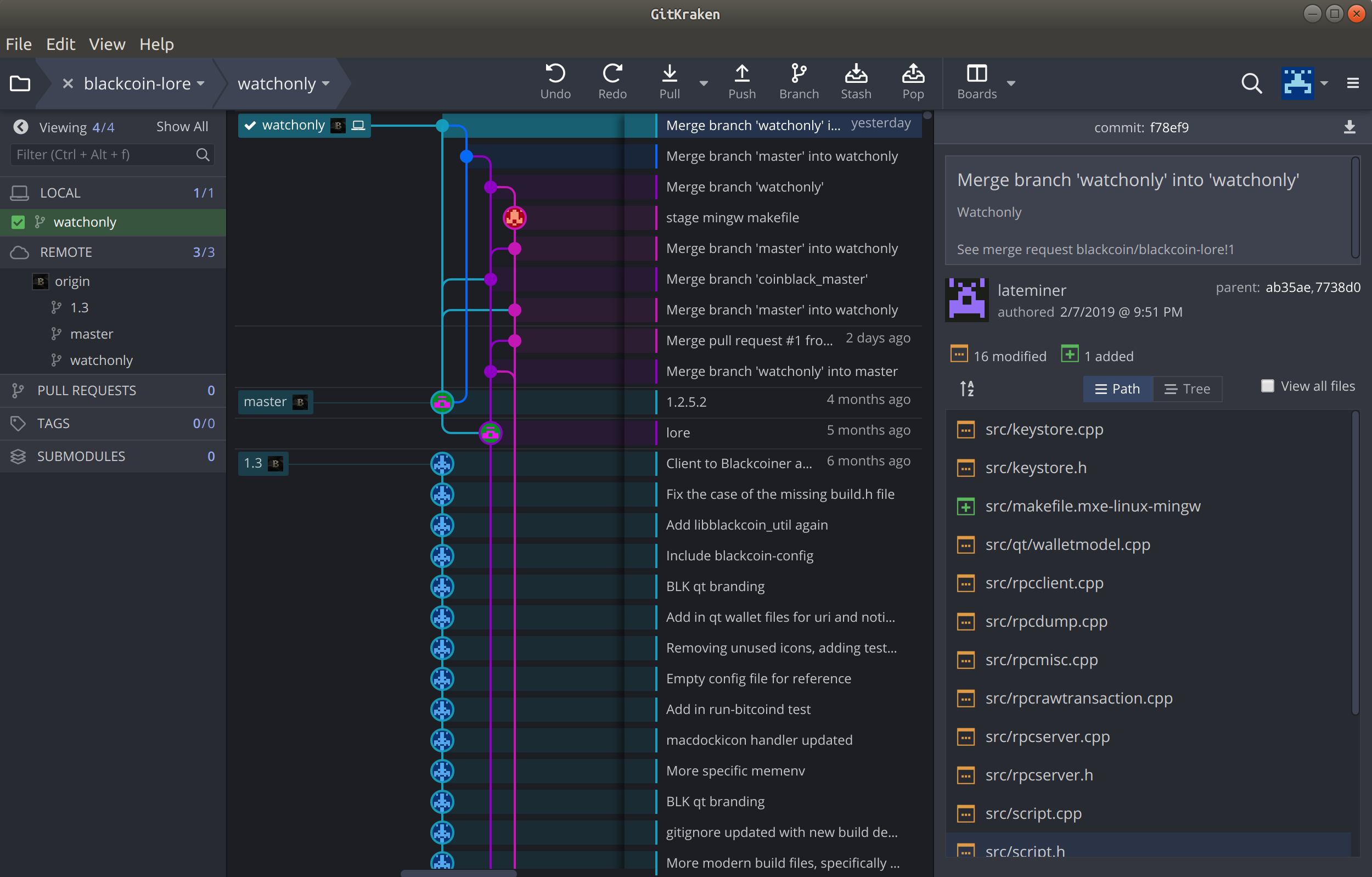 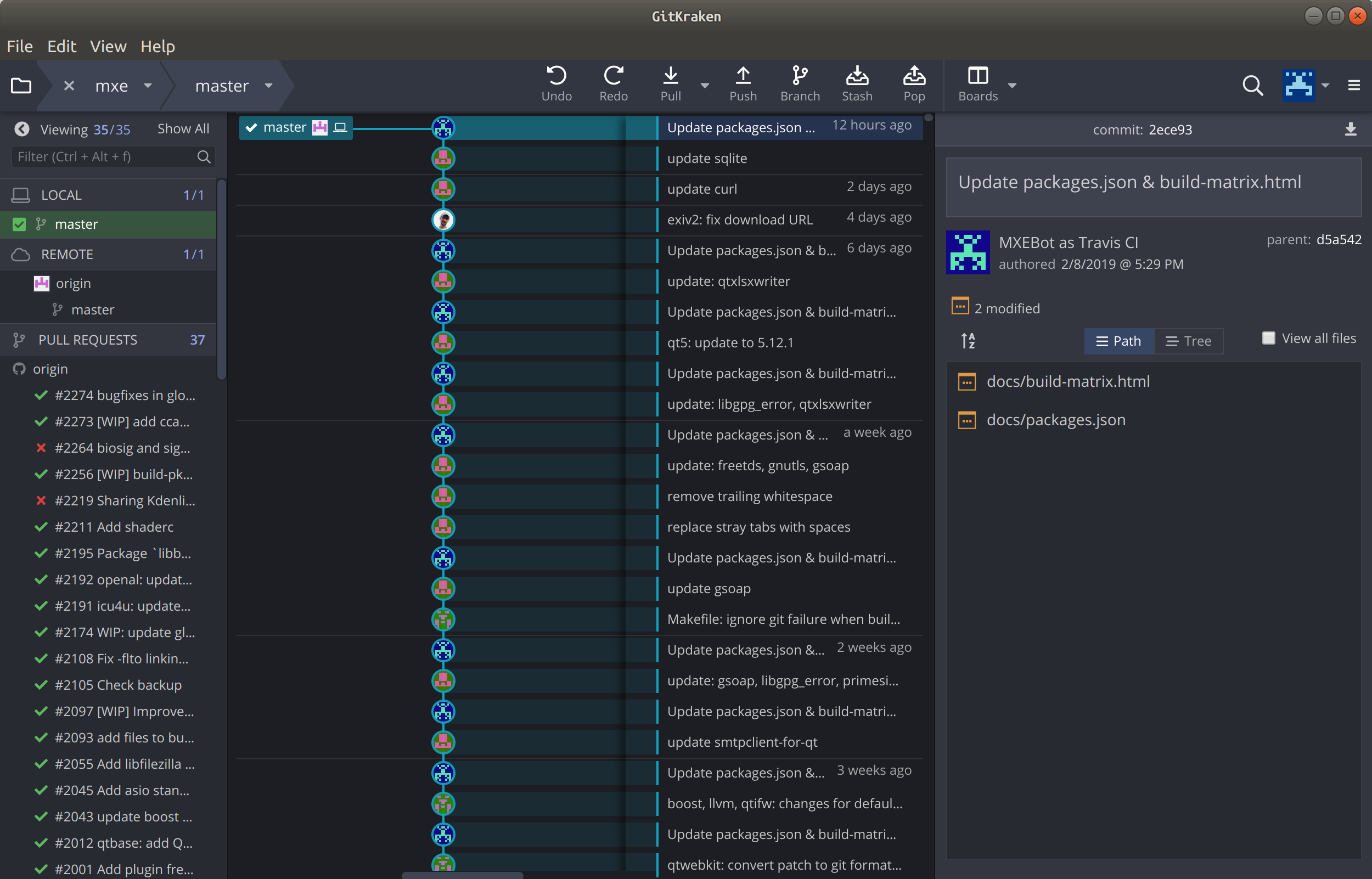 From an explorer view you end up with 2 folders:

Because mxe uses openssl 1.1.x by default, and Blackcoin doesn't compile against that version. We need to use version 1.0.x (at this moment 1.0.2q)

copy the files from the mxe/plugins/examples/openssl1.0/ directory:

to the the directory mxe/src/ :

As you can see we now have 2 versions. This will complicate things a bit, but don't worry. We just need to double check the version, before compiling.

First we will upgrade 2 packages to the current version, openssl1.0 and miniupnpc, by running the following commands

then we compile the following packages with the make command. (-j2 is the number of CPU cores you wish to use)

this will start the build process. Takes a while and should look something similar to this: 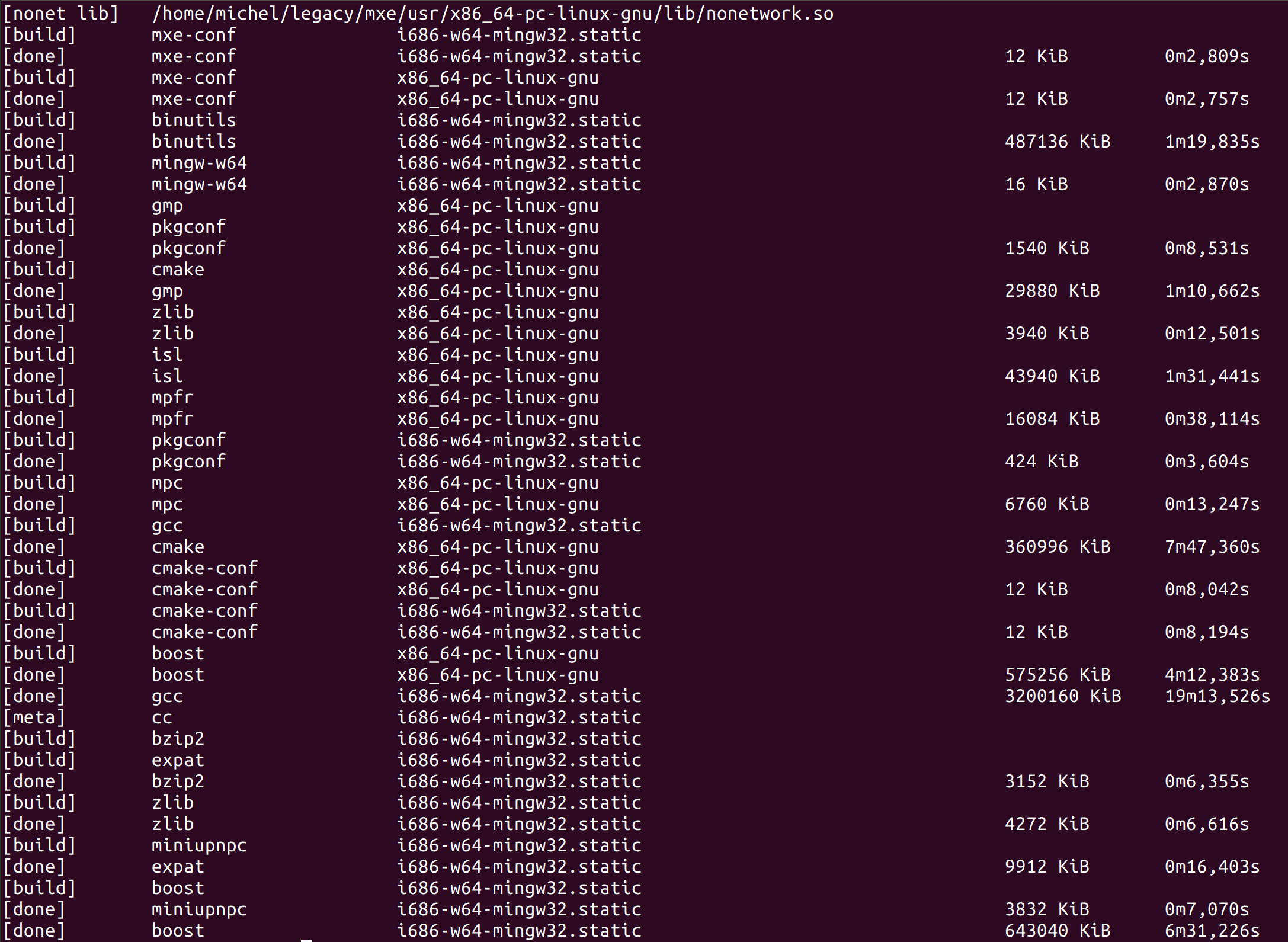 then the last batch:

this time it goes a lot faster. You can also add the packages to the first make command. But I like to split up some things. result:

make sure you use OPENSSL1.0

Now we can go the blackcoin-lore directory and compile the executable. We are going to use the file makefile.mxe-linux-mingw for that. Check it and adapt it, if you use different directories. It is located in the src/ directory

/legacy/mxe in my case, yours can be different

now the easy part. Run the following command from within the src/ directory

This will take a few minutes and it will create the 32-bit version of blackcoind.exe for windows. you should see something similar to this: 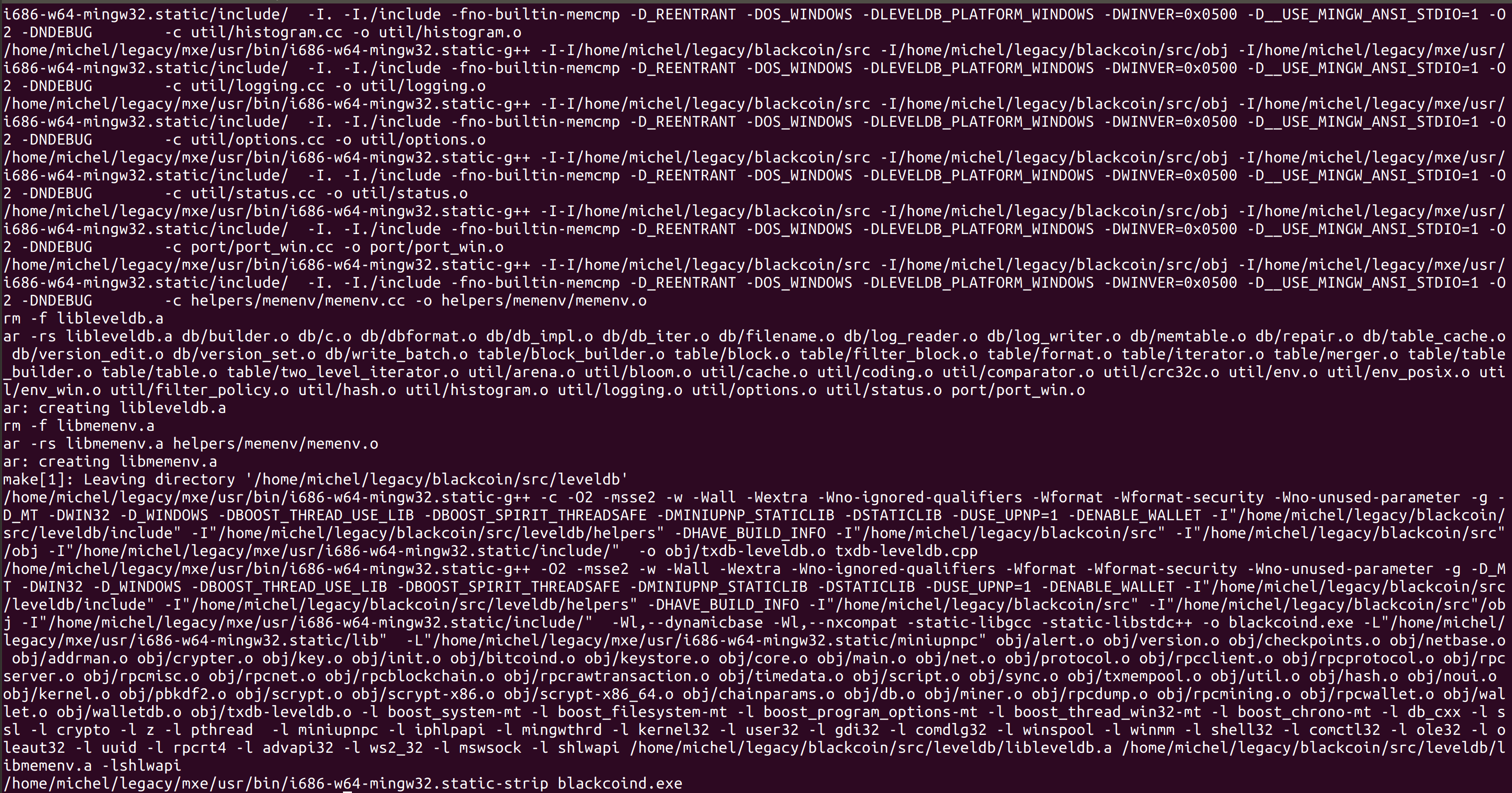 make sure no warnings/errors appear

the executable is created inside the src/ directory. Copy it out of the build directory and place it somewhere safe. And make sure you cleanup after you are done with the following command:

I always do a "git clean -dxf" from the blackcoin-lore root directory to reset the complete tree back to default.

Testing the binary on BlackHalo for Windows:

well done! and have fun with BlackHalo!

Kudos to Lateminer and David Zimbeck for helping me out! and this post on Bitcointalk for guidance